New Orleans doesn’t get any more authentic than Parkway Bakery & Tavern, a Mid City institution of gastronomy and libation for nearly a century. After a brief absence in the late 1990s, Parkway is back and stronger than ever. Earlier this month, the City Council approved a proposal to expand the restaurant’s location on Hagan Avenue.

Right after the vote, we caught up with the man who’s become synonymous with Parkway, General Manager and Head Chef Justin Kennedy. Though he’s quick to credit those around him, Kennedy is the restaurant’s heart and soul with an infectious optimism and unflappable confidence in the city he calls home. 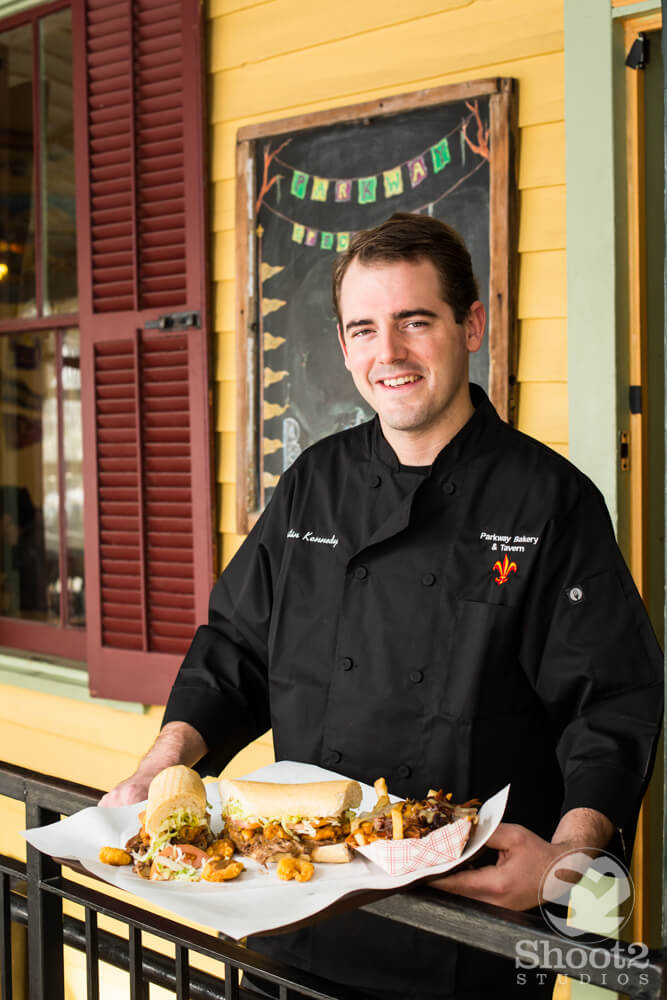 Q: What do you love most about living in the city?

I’ve been coming to New Orleans all my life since childhood. My mother and family are from here, but I’ve lived in New Orleans for 13 years. I love the excitement and diversity of this town! You can relate that to the people, food and music. There is something for everyone in New Orleans.

Q: What led you to wanting to become chef?

Two words: Parkway Bakery. My uncle Jay Nix bought Parkway in 1995 after the Timothy family put it up for sale. The building needed some attention, so Jay, being a contractor, put a new roof on it. He then used it for years as a tool shed for his construction business. That’s when I came in.

As a boy, Jay used to pick me up from Biloxi on the weekends and take me to New Orleans to work with him. I remember over 20 years ago his clients would tell him to open the place back up as a po’boy shop. In December 2003, that’s what he did. I moved over and came along for the ride.

At first, I thought I would stay only until I graduated college. But after that first amazing year at Parkway, I knew right away where I wanted to be. Thirteen years later, thanks to my family and the great team at Parkway Bakery, the restaurant has made its place in this great city and will keep New Orleans proud into the future.

Q: What’s it like being the chef and general manager of such a popular NOLA restaurant like Parkway?

It’s hard to consider myself a chef, even though we cook and feed thousands of people a week. If I weren’t at Parkway, I would not be in the business.

I consider myself more of a city serviceman, like firefighters or police officers. Parkway opens its doors to anyone who wants to come in. As we like to say, “Eight to eighty and crippled to crazy.” We keep a tradition and culture going that began almost 100 years ago. It’s a great honor and we will always to our best to keep the city proud.

Q: Tell us a little about the #PeopleOfParkway.

This is a social media driven campaign to show off our beautiful staff and patrons to give people who have never been to Parkway the understanding of why this place is so special beyond the food. 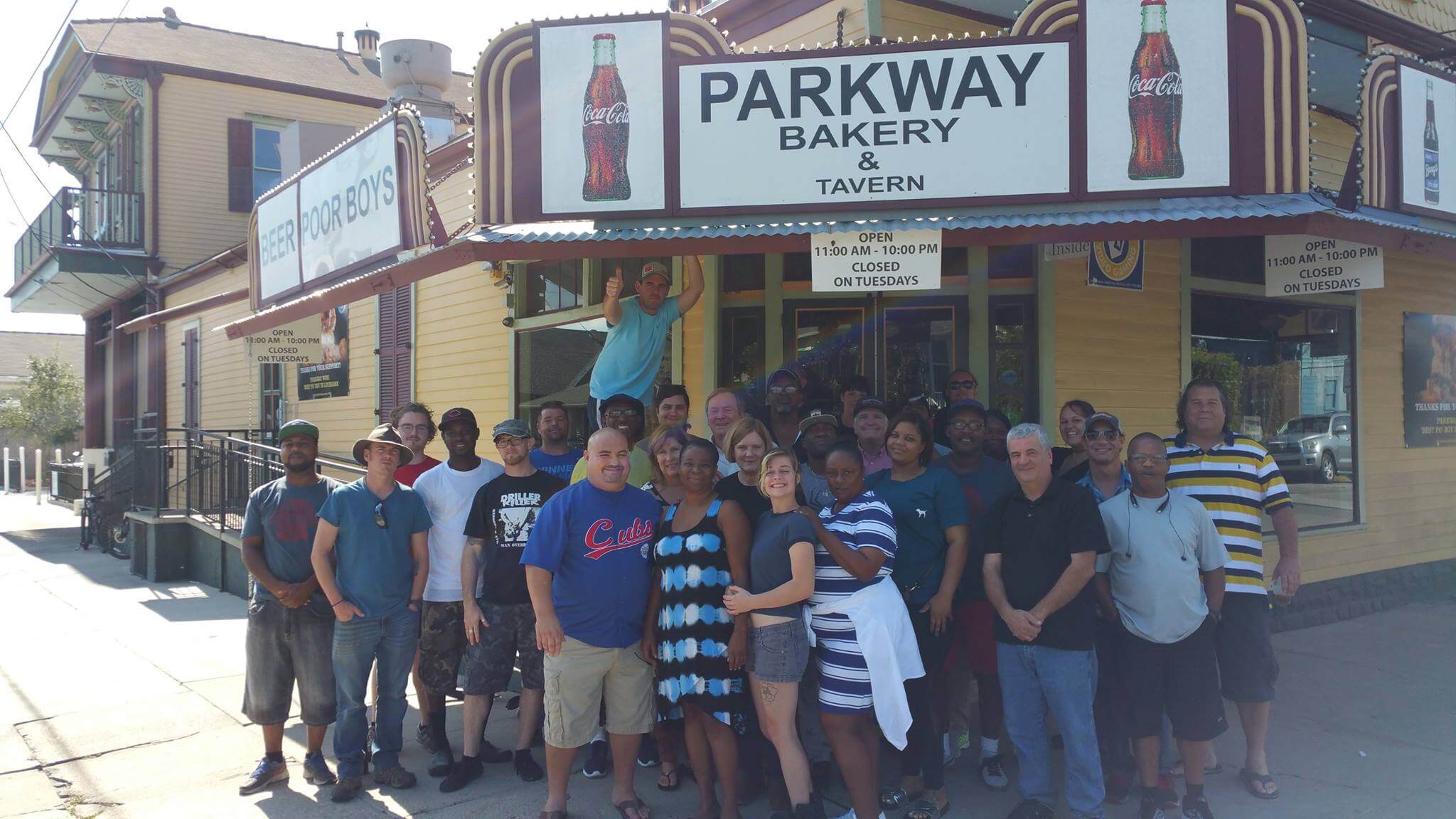 Q: Parkway has truly become an ambassador for the city and a favorite of locals and tourists alike. How do you see the Parkway brand continuing to grow and expand?

As long as there is love and family behind the brand – and I don’t see that ever changing – we will become stronger and even more rooted in the community as time goes on. Parkway will always stay true to New Orleans. We started as one location and we will always stay as one location but always sharpening our pencils to give the best service to visitors and locals alike.

Q: #NolaNOW is a celebration of our city’s resilience – how far we’ve come and how far we plan to go, economically, creatively, physically, etc. Tell us what #NolaNOW means to you.

With all the good things, the city also has its struggles. That really highlights what a wonderful culture and people we have occupying it. We have the choice to live and work anywhere we want, understanding some of the trouble we face with like storms, crime, etc.

It would be easy to go live in the perfect little place where there are no worries, but these folks stick it out and want to see a difference. We have come back from storms that the rest of the world said would be the end of us, and we have to turn New Orleans around as one of the top destinations in the U.S.

We have something that is anchored in us that no other city can obtain, no matter how much they try. We have a rich, deep-rooted culture that can be seen, heard and tasted, coming up from the streets that make up New Orleans. 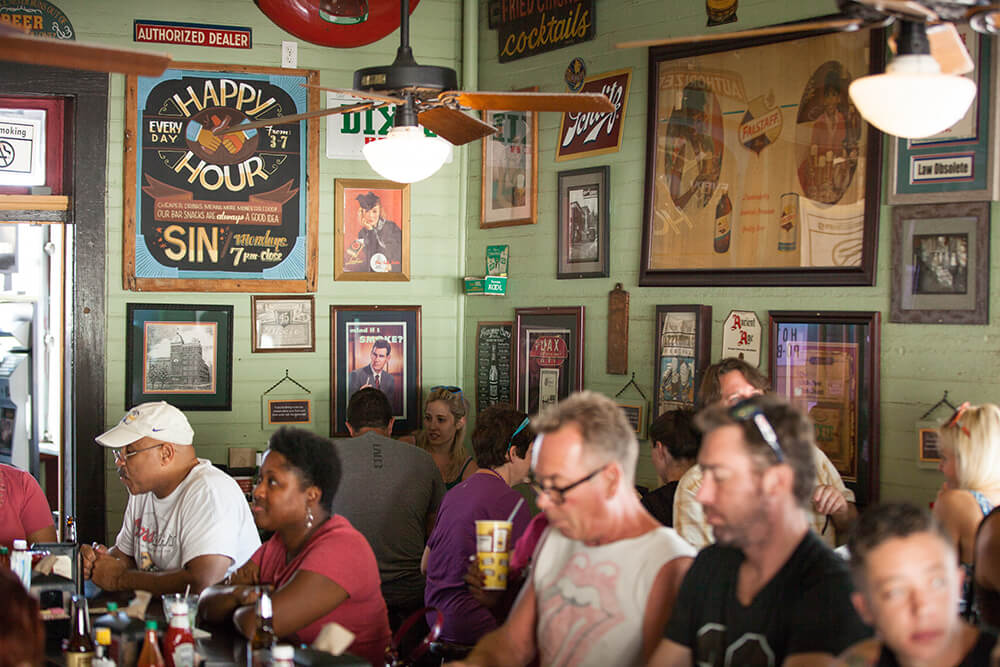 Q: How important is tourism to the local economy and to the livelihood of our locals?

I think it is crucial. Tourism has been our main economic engine for years, and I think it will be so for many years to come. Most of our “locals” are fly birds from other places around the world, so I think tourists and locals go hand and hand.

How many cities do you know of that treat their tourists so well that a great portion of them end up becoming locals? New Orleans is an oasis from the rest of the country in the best way possible.

New Orleans will always give you what you came for, while surprising you just the same. 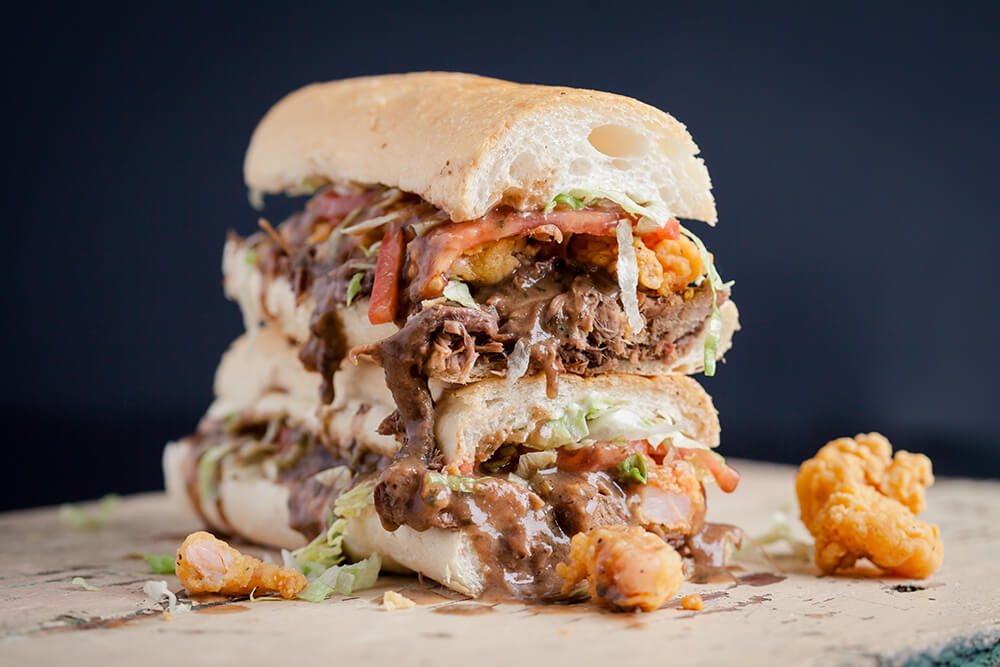