In celebration of Black History Month, New Orleans & Company is honoring Black leaders, both past and present, who have made great contributions to our city and became pillars to our community. Each week during the month of February, we will feature a historical figure and their present day counterparts in celebration of their achievements. These acknowledgements are just a few of the many Black leaders from New Orleans and their extraordinary work.

The Dolliole family was well-known for their entrepreneurship in building, owning and managing real estate in New Orleans during the early 1800s. The family at the time were “free people of color” who built generational wealth thanks to their understanding of the law and circumventing the 1808 and 1825 Civil Codes that typically wouldn’t allow families of color to inherit more than one-third of their estate. Because of this, the Dollioles were able to own 36 properties and constructed more than a dozen of them. 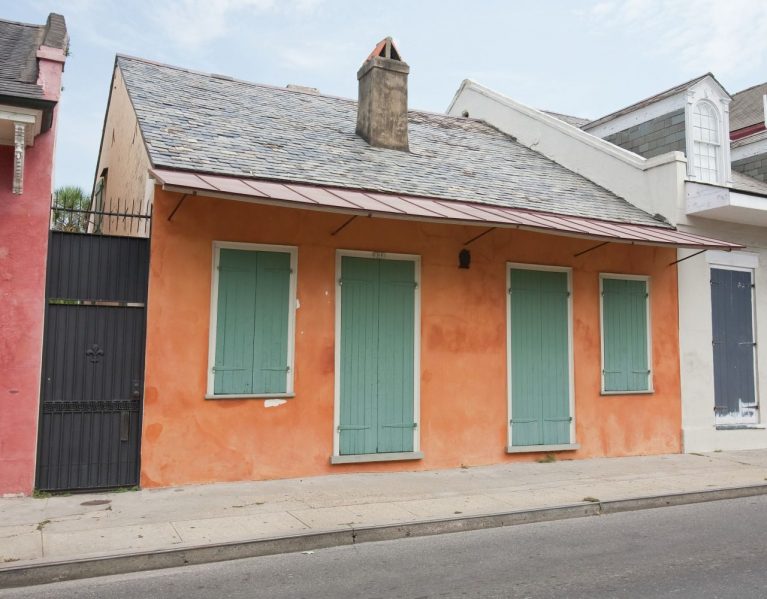 The most prominent Dolliole was Jean-Louis. He started a construction business with his brother Joseph. Jean-Louis both owned and built most of the family’s properties in the Faubourg Tremé and the French Quarter. He became well-known for his rendition of the Creole Cottage. His most famous houses are still standing today on Pauger and St. Phillip Streets. Jean-Louis would also legally represent his family and friends, which was rare for people of color at the time. He was given power of attorney to represent his brother’s estate, speak on behalf of his siblings after their mother’s passing and represent his friend’s estate. The Dolliole family has influenced New Orleans architecture and left a lasting legacy that is a part of the city’s history. 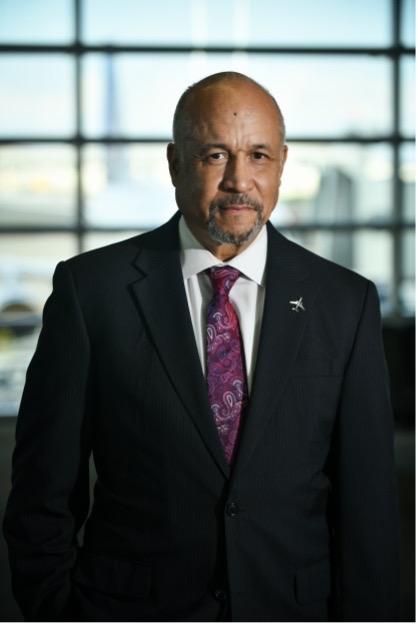 While both Joseph and Jean-Louis family line didn’t continue with male heirs, their cousin’s family line is still around today. One member of the family is Kevin Dolliole, the Director of Aviation at the Louis Armstrong New Orleans International Airport. The New Orleans native started his aviation career at the city’s airport before leaving to lead the San Antonio and St. Louis airports. With over 40 years of experience in the aviation industry, Dolliole returned to his leadership role in New Orleans to manage the construction of the new terminal that opened in the fall of 2019. When asked why he returned to New Orleans, Dolliole said “I want to return to my roots.” During his career, Dolliole has received numerous awards for his outstanding leadership in aviation. He was recently named Airport Experience News’ 2020 Director of the Year in the Medium Airports Category as well as Biz New Orleans Magazine’s 2019 CEO of the Year. He is also a member of the Board of Directors at New Orleans and Company.

The New Orleans Aviation Board

“New research explores how free people of color built wealth and community through real estate”
https://prcno.org/new-research-explores-free-people-color-built-wealth-community-real-estate/
Story by Tara Dudley. Synopsis of Dolliole family history at end of article. Correction: Milford Dolliole is cited as a trumpeter — he was a drummer.

Dr. Louis Charles Roudanez was a man before his time. He was a physician, a journalist and a civil rights activist who fought against racial injustice and for the rights of Black people both free and enslaved. In 1862, Dr. Roudanez, founded L’Union, the first Black newspaper in the South. In 1864, he launched La Tribune de la Nouvelle Orléans (the New Orleans Tribune), the first Black daily newspaper in the United States. In the pages of the historic New Orleans Tribune, Dr. Roudanez courageously attacked racism and called for the nation to recognize all men as citizens. Using both the power of the pen and action, he was a leader of one of the most important civil rights campaigns in American history. 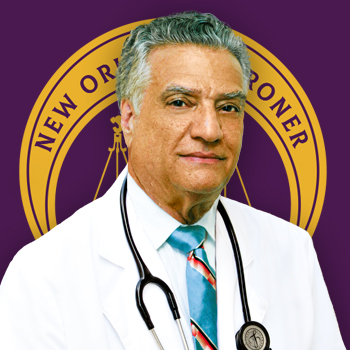 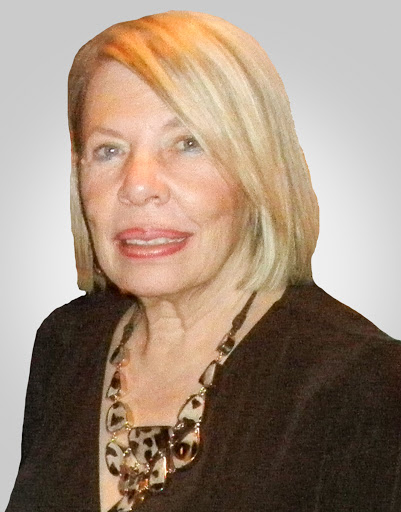 Unsatisfied with the way that mainstream media covered New Orleans’ African-American community, Dr. Dwight and Beverly S. McKenna established their own newspaper in 1985. And it was in the spirit and in honor of Dr. Louis Charles Roudanez and his early fight for civil rights efforts that they named their publication The New Orleans Tribune.  The modern-day New Orleans Tribune has strived to uphold the example set by Roudanez by serving as a clear, unfettered voice for truth and fairness.

Serving and empowering their community is at the center of the McKennas’ life work. A physician and general surgeon who has practiced in New Orleans for more than 50 years, Dr. McKenna is the Orleans Parish coroner. Beverly McKenna, who as a young girl, dreamed of one day becoming a journalist, continues to be the guiding force behind The Tribune’s fervent editorial content designed to uplift and empower the community. They have also founded McKenna Museums to celebrate, highlight, preserve and share Black history and art.

Story courtesy of Anita Brown from The New Orleans Tribune

The Zulu Social Aid and Pleasure Club is more than an internationally renowned Mardi Gras Krewe. It is a pillar to the local Black community through its leadership in community involvement and philanthropic efforts. Its membership includes New Orleanians from all walks of life, from laborers, educators, local, state and federal leaders. Two Zulu members we would like to acknowledge are Morris F.X. Jeff, Sr. and Larry Barabino, Jr. 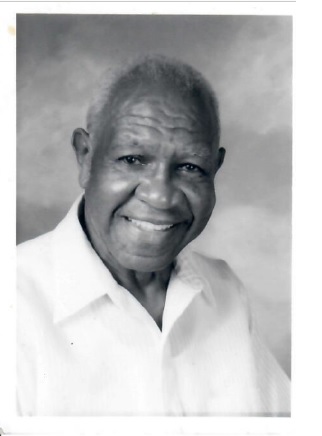 Morris F.X. Jeff was King Zulu in 1974 and the head of the New Orleans Recreational Development (NORD), “Colored Division” in 1947. During his time at NORD, he established recreational programs for Black children, such as swimming, sports, teen camping, summer camps and play days. The activities he created became the benchmark for today’s NORD programs. Under Jeff’s leadership, NORD built a reputation as one of the nation’s best recreational districts. In honor of his contribution to the city, McDonough 31 Elementary School and the New Orleans Municipal Auditorium was renamed after him. 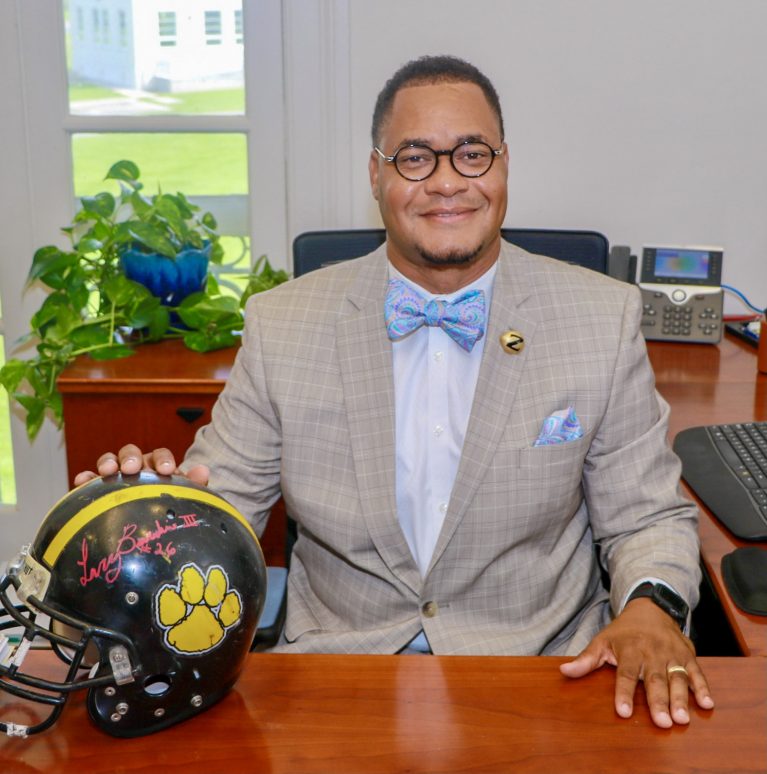 Larry Barabino is Jeff’s present-day counterpart. As a Zulu member, he was Mayor of Zulu in 2012, is on Zulu’s Board of Directors, and is a candidate for King Zulu in 2022. Barabino also leads NORD as the Chief Executive Officer (CEO). He started his career as a Center Manager at St. Bernard Recreational Center in 1997 and would often volunteer there as a coach throughout his career. From 2006 to 2009, he became the Director of NORD. He oversaw the cultural and educational programs of several NORD sites and facilities, and secured corporate support to help fund rebuilding efforts. Today, Barabino oversees the development, implementation, and administration of NORD policies, programs and facilities. He continues to honor Jeff’s legacy at NORDC through his role as CEO. 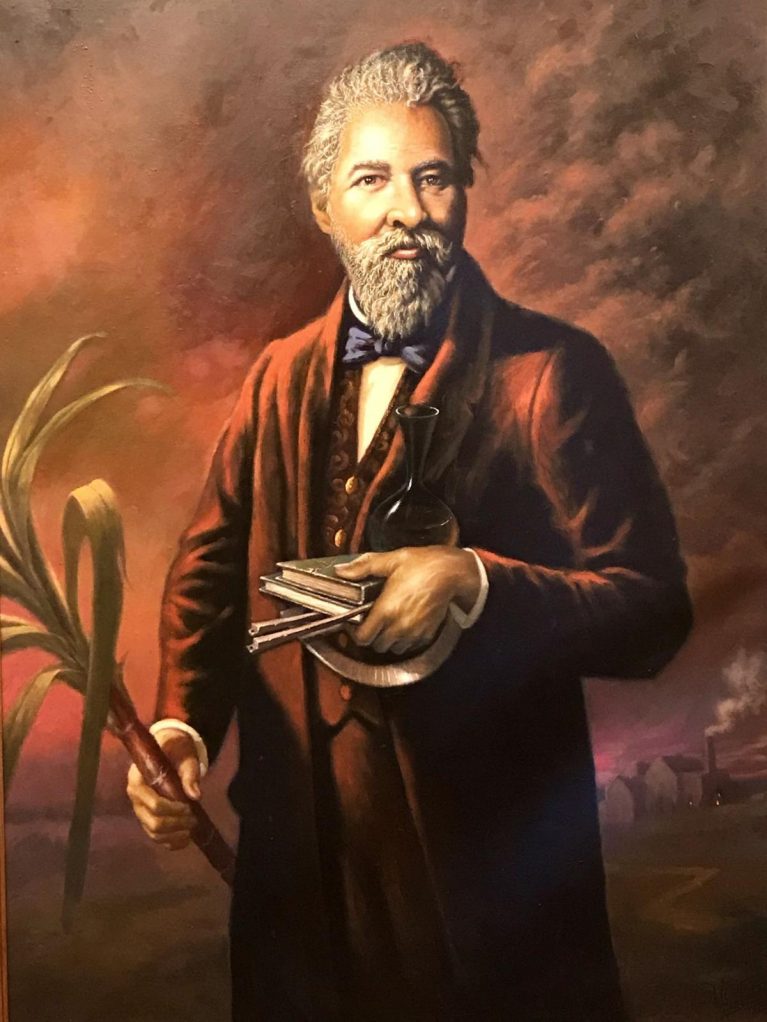 Norbet Rillieux portait by Ulrick Jean-Pierre exhibited at the West Baton Rouge Museum. Photo from The Advocate by Robin Miller.

Very few people may know about Norbert Rillieux but everyone has benefited from his invention. Rillieux was a free man of color in the 1800s from New Orleans. He was considered one of the earliest chemical engineers for his invention of the Multiple Effect Evaporator system, which revolutionized sugar processing. His invention created a safer, cheaper and more efficient way to make sugar crystals. It also became the basis for all modern industrial evaporation. During his time, he became a highly regarded engineer throughout Louisiana for his invention. As an entrepreneur, he amassed a fortune consulting and installing the Multiple Effect Evaporator across the state. 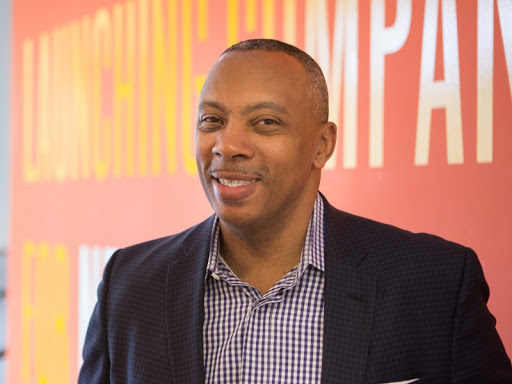 Rillieux’s achievement is served as an inspiration for students in Science, Technology, Engineering and Mathematics (STEM), particularly at STEM NOLA. Dr. Calvin Mackie founded STEM NOLA to expose, inspire and engage under-served communities of learning about the opportunities in STEM. Like Rillieux, Dr. Mackie is an engineer, entrepreneur and inventor from New Orleans. He is also a mentor, internationally renowned speaker and former engineering professor. Through his work, Dr. Mackie won many awards, including but not limited to the 2003 Presidential Award for Excellence in Science, Mathematics and Engineering Mentoring. He also received the 2019 Congressional Black Caucus Foundation Board’s Chair Phoenix Award for his achievements in strengthening communities and improving the lives of individuals and families around the world. Dr. Mackie continues his work through STEM NOLA and through his educational and professional development consulting company, Channel ZerO as the President and CEO.

“The world of STEM can be life changing, especially in our community. The power of STEM NOLA is that it’s a STEM engagement ecosystem committed to developing “cradle to career” paths for all students especially in underrepresented communities, by reaching everyone at their level, in order to expose and prepare them for success.”