When you think of the heroic, costly, nearly super-human efforts that have rebuilt some of the great cities of the world after war, fire or natural disaster – Rome, London, Tokyo, Chicago, San Francisco – you think of engineering marvels and innovations, technology and concrete, muscle and hard hats.

When New Orleans began to rebuild after Hurricane Katrina and the subsequent flooding, it was a parade, a concert and a football game. 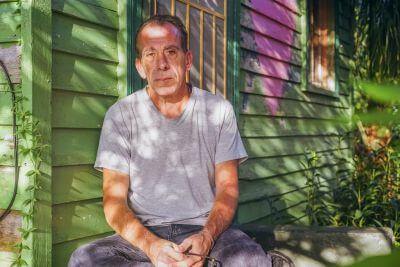 Sure, there’s been a lot of engineering and muscle and hard hats around here over the past ten years, but the city that had to be rebuilt here at this curious bend in the river was not just a physical landscape. It was the soul and definition of a people.

It would take more than bricks and mortar to put this city back together. It took the indomitable triumph of the human spirit and the unyielding ardor of the human heart.

New Orleans has always existed in a state of suspension between the physical world and the realm of imagination. And so, today, it is not the strength of the pilings and levees and big new buildings upon which our city depends for its recovery, but the strength of its people, our equanimity and – yes, the most over-used yet succinctly appropriate characteristic to describe the residents of this place – resilience.

We march proudly through our streets today with our chins held high, because that gives life a better target. Because if we have proved anything these past ten years, we’ve shown that we can take a punch. Our physical tenacity is no longer in question. Nor our emotional vitality.

Hence: A parade. A concert. A football game. Talking points for the punditry, turning points for our city. Life-changing, spirit-avenging moments in the history of this beautiful crescent

There is here a shared sense of levity and folly. We who live here are bound by our communal expressions of gaiety, merrymaking and revelry. Consider: Not even the French Quarter is French; the only important elements we preserved from our founding empire were laissez faire and joie de vivre. The rest we tossed out with the Louisiana Purchase. Wheat from chaff.

Well, beignets, too. But I stray.

We’re talking about a place that not only tolerates eccentricity – but rewards it. Austin and Portland have both launched civic pride campaigns in recent years with the same identical slogan: Keep (Austin/Portland) Weird.

Can you imagine anything less necessary to say about New Orleans? A place that has, as one of its mottos: We put the “fun” in “funerals.”

No, that’s not weird. Nothing strange about that. At all.

This is a place where every home has a “Mardi Gras closet,” a space dedicated solely for the storage of spare costumes.

Spare costumes? Who else even has one costume? In this city, we’re not subjugated enough by life, work and convention to allow just the kids to have fun on Halloween.

What a waste of adulthood that would be.

A parade. A concert. And a football game.

Because we knew, certainly better than the editorial writers at the big East Coast newspapers, what Mardi Gras means to this city. They think girls gone wild. We think family held close. They think drunk strangers; we think neighbors gathering together year after year, for generations, in celebration of community. 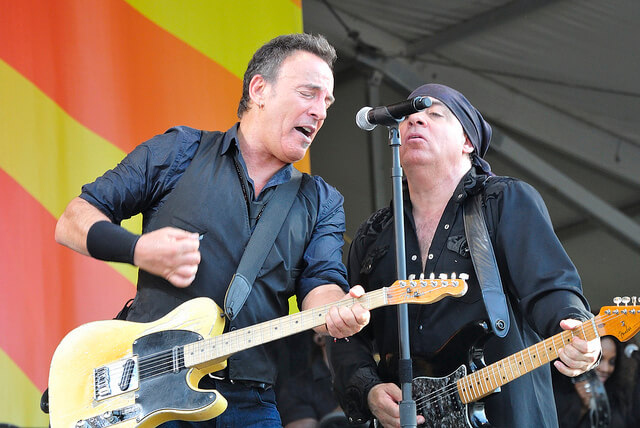 To live out in full measure and display, the things we do for love.

And we love to dance, and we love to sing, and we really love to eat, and where does that all fall together more seamlessly than those seven days of spring at the Fairgrounds in New Orleans?

And when Bruce Springsteen sang, “My City in Ruins,” an emotional bloodletting was unloosed to those who were there that day, a bond forged among the True Believers that the fight was now ours to win or to lose. And we chose to win.

And a hero was born. Someone who spoke for us with his humble, workmanlike proficiency, dedication and refusal to give up in a world to which he seemingly did not belong, of such bigger and stronger men. An NFL oddity with his long hair and trippy lifestyle and resolute weirdness.

We found out just how damn strong we could all be by watching a football game. Isn’t that just about the stupidest thing you’ve ever heard?

Maybe so. But that doesn’t make it any less true.

In a place where tradition is the guiding force of our social interactions and ritual is prized over routine, it’s no surprise that it would be the forces of culture that would prop us up and propel our city to recovery.

Sure, the jackhammers kept jacking and bulldozers kept dozing, and the legions of workers physically built this city back up out of scratch. Along with the hundreds of thousand of volunteers who believed enough in our city – believed enough in us – to put their backs into making us whole again.

But it is and remains indisputable that the three most profound and visceral moments of recovery in the year after that storm were driven by our city’s three most endearing and enduring cultural institutions: Mardi Gras, Jazz Fest and the Saints. Our three biggest parties.

It’s no stretch to suggest that festivals are a way of life in New Orleans. (And if you don’t think a Saints game is a “festival,” well – you ought to go see one some day.)

And it’s easy to see why: Festivals bring together all the best qualities in our city life, package all of our best characteristics into one easily available and affordable commodity for maximum immersion into this city’s vast and deep cultural well: Hospitality, intimacy, music, food, celebration, family, unity and tradition.

The Art of Celebration is practiced here with unabashed pride, panache and no shortage of creative mojo. Music, literature and the arts are not pastimes, extravagances and luxuries in New Orleans. They are bedrock philosophical foundations of a citizenry that seems constitutionally incapable of being dull.

Think about it: Everybody here – everyone you know – has some side gig, scheme or project in the works. The engineer in the jazz band. The cab driver with an unfinished screen play in his glove compartment. The physician who creates exquisite jewelry. The lawyer who directs plays at Fringe Festival. The accountant who runs a pop-up on Thursday nights at the corner bar. On and on, everybody’s got some dream working hard in this beat-down town, and nobody is showing any signs of giving up on them. Not now, not ever.

There is a creative force at work in New Orleans that is impervious to change, impossible to resist and incandescently alive as we make the turn into the second decade of our recovery, renewal and re-invention.

But no matter the changes that occur, the new ideas that spawn, the businesses that incubate and the limitless re-imaginings still to come, three tenets will remain steadfast, stolid, immutable and irrefutable. The tenets of our faith as New Orleanians, now and in the future.

Parades. Concerts. And footballs games. Hell yes, Who Dat, and together we go marching on.