It was the Spring of 2014 and The New York Times wrote something about the New Orleans restaurant scene that was so pointed, personal and divisive that the city has barely recovered still: They said we had no kale.

Fightin’ words, to be sure. 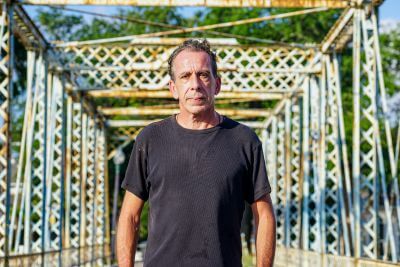 The story, which actually turned out to be a well-intentioned and mildly promotional – yet pretty insipid – travel piece about the city’s growth, recovery and change, began with a quote from a visiting Hollywood actress who claimed to find our city’s offerings to be….wanting.

Wanting what, other than kale, was not clear.

She spoke ten words that set like steel spikes into the ears of both our proud and ironic citizenry (those being two entirely different communities): “New Orleans is not cosmopolitan,” she said. “There is no kale here.”

I’m withholding her name because she’s been snob-shamed enough by now. And, well, can’t we all just get along?

(Of course, you can Google her if you want. I did.)

The 10th anniversary of the storm has become its own cottage industry, a flurry of social, cultural and economic activity. And nothing drives industry more than statistics. We Americans love our numbers. And there is no number or statistic that says more about how far this city has come since Aug. 29, 2005 than this one:

When Katrina hit and the levees breached and the city took its savage beating, there were 809 restaurants in New Orleans.

That’s a lot of tables, a lot of chairs, a lot of food – and a whole lot of jobs.

As of this past July, there are 1,406 restaurants in the city. That’s even more tables, more chairs, more food – and a whole bunch more jobs.

Considering that our population is smaller than before Katrina – not one of our happiest statistics, that one – this is nothing short of A) a miracle; B) an astounding indication of recovery and progress; and C) a triumphant earmark of the vitality of our entrepreneurial and small business communities.

And, more than anything else, it is empirical and unequivocal confirmation of what most of us have always known: We live well.

The Oxford online dictionary defines cosmopolitan as “having an exciting and glamorous character associated with travel and a mixture of cultures.”

Are you thinking what I’m thinking? If you’re old enough to remember the Church Lady character from Saturday Night Live, say this along with me: Could that be……New Orleans? 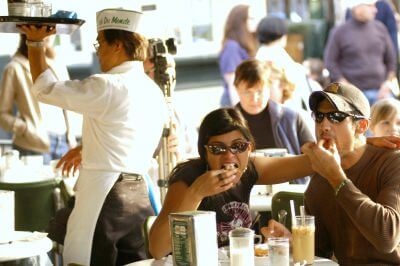 Sure: We love our red beans and rice at Joey K’s and our beignets at Café Du Monde and our debris at Mother’s – but we also get our game on with local squash blossoms at Angeline, confit chicken thighs at Toups Meatery, and crab claws with pickled chilies from Peche.

“We really have polished some beautiful aspects of the culture we used to take for granted,” celebrity chef John Besh was quoted saying in a New York Times article just this week. “I would never want to go through it again, good lord, but we’re more progressive in the sense of being more culturally responsible and astute.”

Wait. Did The New York Times just publish what I think they published?

Oh, never mind. Cosmopolitan is a better cocktail than a cultural trademark anyway.

Sure, New Orleans was perhaps a little too sleepy, a little too content when Katrina pistol-whipped us into reality back in 2005 – but the rabid pace of new restaurant openings, the relentless infusion of new styles and cuisines to the city and the incandescent, calliope-crashing pinwheel of menu items in this city right now boggles the mind. We’ve got old and new, Creole and Cajun, venison and vegan, seafood and soul food, po-boys and pho-boys.

OK, I made that last one up. But I think you get the picture.

We, as customers, have proven ourselves open to new ideas and creations from the minds – and kitchens – of a new generation of hot shot chefs, both native and newly arrived. We are accepting and never intolerant – lactose, gluten or otherwise.

And we even got your kale, New York, bless our beat-down little gumbo powdered sugar hearts. How much do you want? How do you want it? Crescent City Farmers Market, Tivoli & Lee, HiVolt, Green Fork, Cane and Table… this is New Orleans, baby. We’ll make it happen for you (and we’ll call you baby when we do).

The amount of sweat equity our restaurant chefs, servers and kitchen crews put into rebuilding the nation’s most alluring, unusual and savory dining scene over the past ten years is the story of New Orleans itself. It is spoken best by the traditional Mardi Gras Indian chant: Won’t bow down/Don’t know how.

Before chefs like Besh could reopen their restaurants after the storm, dozens of them came to town to cook for the legions of first responders who came to our city with only one mission: To help us.

What they found in their own restaurants was fetid conditions, destroyed equipment, incalculable loss of assets. Has anyone ever tallied up how many bottles of wine – really good wine – were lost to the flood?

In the big picture of life, maybe that’s no great shakes. But in the story of our passionate restaurateurs who spent their lives (and no small sum of money) creating some of the great wine cellars of the world then, yeah – it’s OK to mourn even that.

After all, we’re talking about an industry whose primary goal is to make you feel good. To delight you. To host some of the great and most romantic nights of your life.

So it matters. All of it. And perhaps rivaled only by our music, our food is why people from all over the world yearn to come to this city. Because we know how to treat them right.

Our restaurants don’t just make meals and drinks, they make experiences, memories and culture. You can’t eat bliss, but there are 1,406 restaurants serving it up every night in this city. And at the rate we’ve been expanding, two more probably opened while I wrote this story.

Sure, maybe there are other cities of the world – some of those really big ones – that have a little more Epicurian élan than us, a little more aesthetic sophistication about their dining scene and foreign cuisine. And God knows they dress better.

But nowhere in the world is it more fun to go out to dinner than in New Orleans.

Yeah, we boast about it and shout about it and maybe even annoy some folks (who aren’t from here) about it, but I’ll paraphrase New Orleans’ legendarily eccentric crown prince of R&B and New Orleans resident rock ‘n’ roll philosopher Ernie K-Doe, who said simply: “Yeah, we’re cocky. That’s because we’re good.”