Celebrating its centennial, Le Petit Théâtre du Vieux Carré is New Orleans’ nationally renowned little theatre. Begun in 1916, the theatre moved to 616 St. Peter St. in 1922, where it’s been ever since. Over the decades, countless actors, directors and technicians have entertained generations of local audiences.

In 2013, the theatre completed a multi-million dollar renovation as part of an agreement to sell a portion of its building to Dickie Brennan & Co., which converted part of the space to Tableau, a creole cuisine restaurant.

Le Petit General Manager Ashley Robison recently sat down to reflect on the charming, intimate, challenging and ever-changing world of local theatre, and its place in New Orleans’ world-famous culture.

I moved here in 2001 to attend Loyola University and left for a few years after Hurricane Katrina. So the official count is about 11 years over the past 15.

What do you love most about living in the city?

The amazing food! That everything is covered in glitter. There is such a vibrant, entrepreneurial spirit, and New Orleans attracts the best characters. It’s just such a lively, accepting city. And ‘tis the season. I love king cake.

Tell us a little bit about the story behind Le Petit Theatre.

We say Le Petit is the “little theatre that can.” In 100 years, you really see an extraordinary story. In 1916, the Drawing Room Players established Le Petit Theatre as part of the little theatre movement. Much like we saw after Hurricane Katrina in our theatre community, these were young practitioners bringing new, experimental theatre to the city. Originally, they had space in the Pontalba apartments – a scene shop, a costume shop. Then in 1922, they bought the space we occupy now, extending through to the French Quarter, where Dickie Brennan’s Tableau is.

One of the beautiful treats about Le Petit is that we’re one of the oldest and longest continually operating theatres in the country. It’s so amazing to think that in 100 years, the theatre still exists and is continually evolving to serve the New Orleans’ community.

Exhilarating. Exhausting. Producing theatre, managing theatre, it’s all encompassing and consuming. But we’re all here out of a deep commitment and passion to the arts. It’s incredibly rewarding.

Communal. Creative. We work with such a talented, invested group of individuals from all around the New Orleans community, that every day is beautiful. Unpredictable. Unexpected. No two days are ever the same. 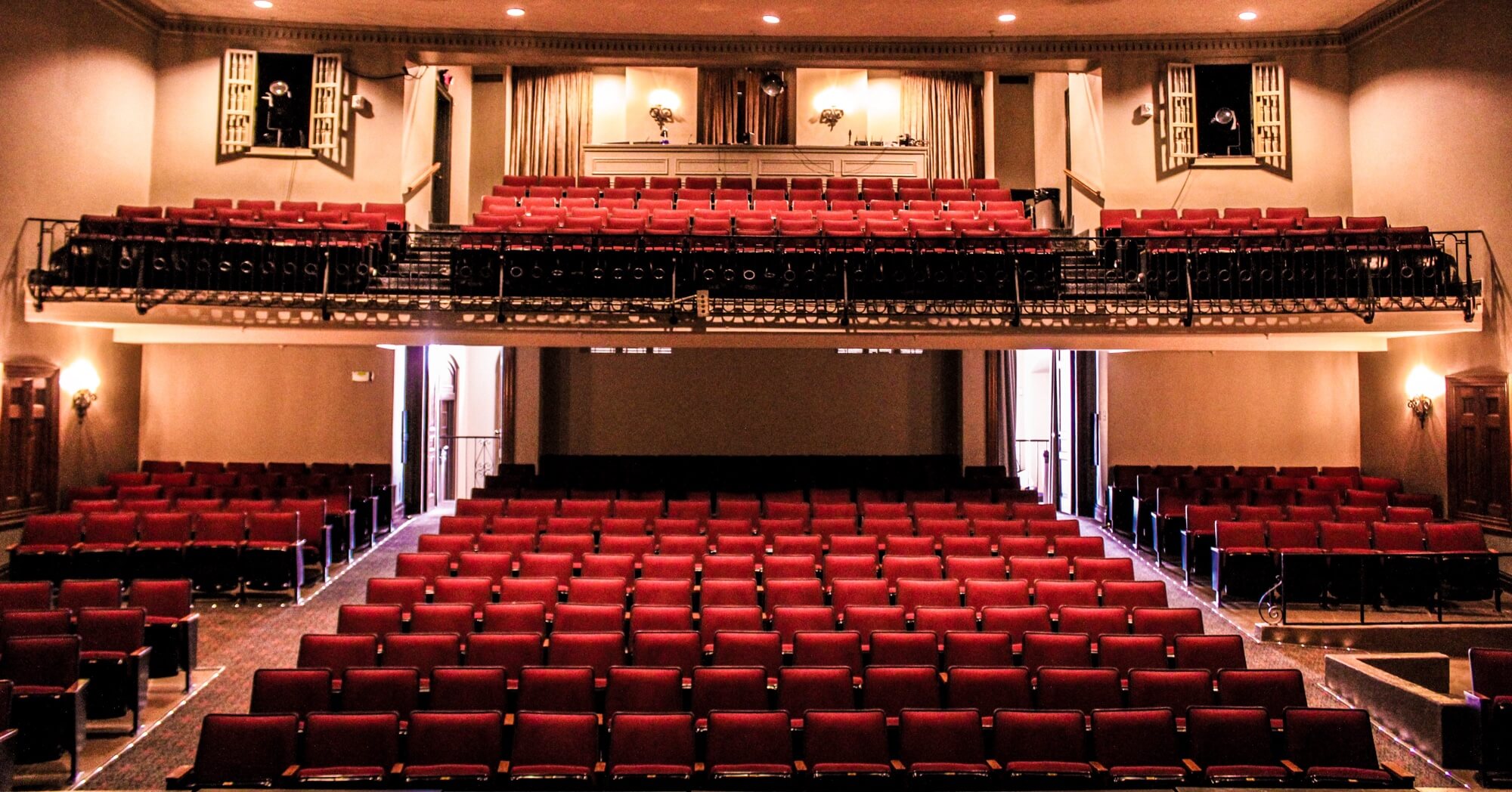 Community is very important to New Orleans Will, and it seems to be the same for your organization. Tell us about the local theater community Le Petit has helped cultivate and why it’s important.

The performing arts community in New Orleans is so small and intimate. Within that, you’d be hard pressed to find an actor, a dancer, a designer who hasn’t been a part of the Le Petit family. Because of Le Petit’s history as New Orleans’ community theatre, you find that for many folks, it’s where they got their start on stage.

Our theatre may be the place they have fond memories of – families are a vital part of Le Petit’s history, and it’s amazing how many adults remember visiting us as a child. The theatre community is also large, from the patrons to the creatives and crew. It’s the various pockets of people in our community who play such a vibrant part of New Orleans culture.

How important is tourism to the New Orleans economy and to the local theatre community?

Tourism is a wonderful boon to our city. And with our location in the heart of the French Quarter, tourists make a wonderful audience. Our city has such a dense pool of creative talent, especially post-Katrina. Tourists naturally become an integral part of our creative industry. And truly, it’s why so many visit New Orleans in the first place. Le Petit loves welcoming visitors and sharing a true piece of the city’s history with them. 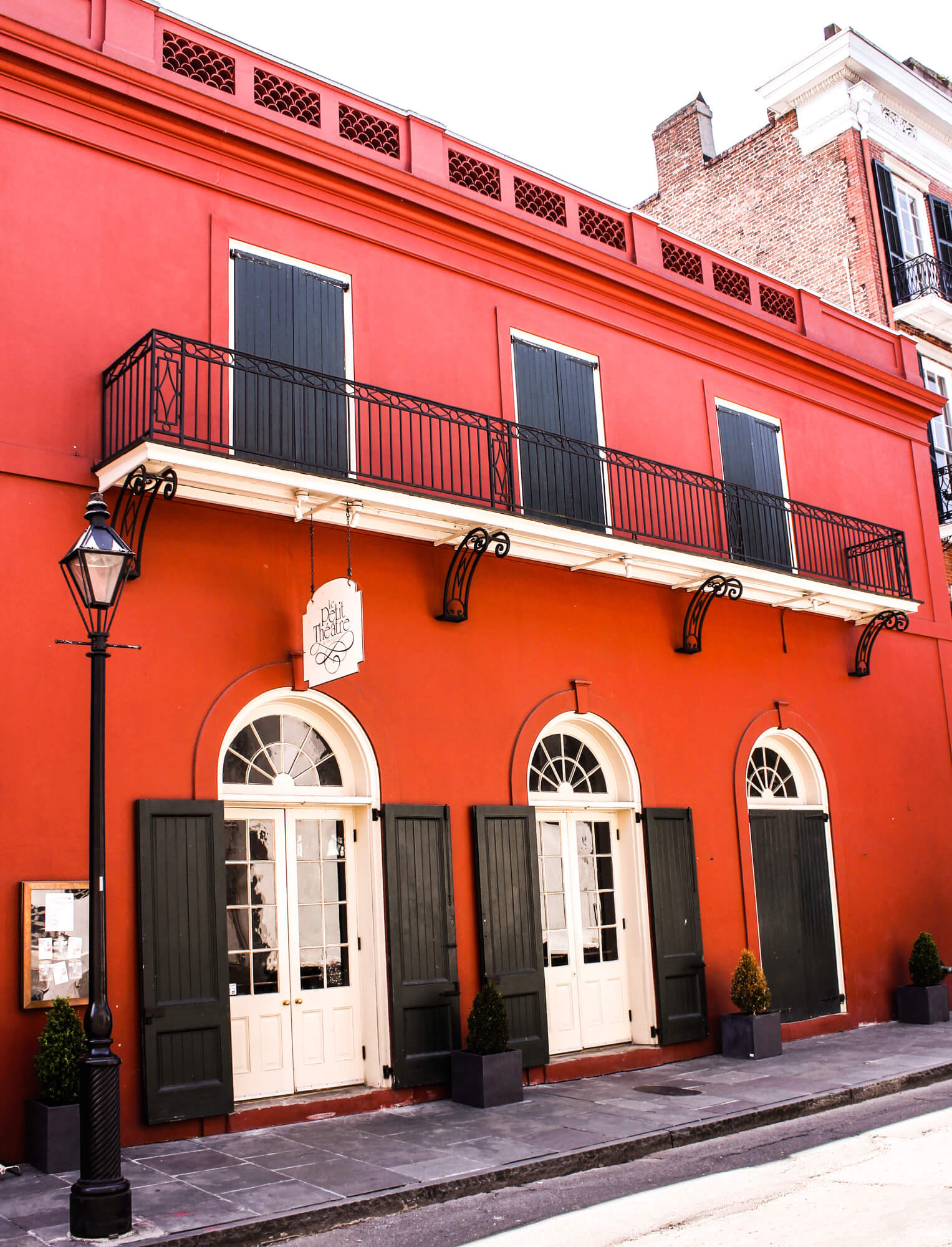 Located at 616 St. Peters St. in the French Quarter.

We use #nolaNOW as a celebration of the city’s resilience – how far we’ve come and how far we want to go economically, creatively, physically, etc. What does #nolaNOW mean to Le Petit Theatre?

Locals know that Le Petit has gone through its own struggles in the post-Katrina years. Our 100-year history really mirrors that of the city in so many ways. For both New Orleans and Le Petit Theatre, #nolaNOW means the promise of a brighter future. It’s looking forward and understanding that when things bring us down, it’s an opportunity for reinvention and reinvigoration. We may be NOLA’s “little theatre,” but our history shows that we’re a resilient little theatre. With 100 years in our pocket, we’re eager to begin the next 100 years.

New Orleans will continue to evolve post-Katrina. We’ll attract bright, talented entrepreneurs to the city, and we’ll continue to revitalize and rebuild.