Last year will go down as a benchmark for New Orleans tourism. UNO’s annual report on the industry shows nearly 10.5 million people visited the city in 2016, finally pushing past 2004, the year before Hurricane Katrina.

Equally impressive, the UNO study points out how New Orleans has posted increases in both visitation and visitor spending every year since 2009. The $7.4 billion that visitors spent in 2016 was a new record and better than a 5 percent increase from 2015.

“I don’t think this city could exist without hospitality,” says Loews New Orleans Hotel Manager Mohan Koka. “Our industry employs more than 80,000. For a city our size, that’s a big nugget. As a taxpaying population and a taxpaying business community, hospitality is a huge piece of the New Orleans economy.”

And while the UNO report comes as good news, Koka says the industry will remain on an upward trajectory, at least for the near future. He points to New Orleans’ upcoming tricentennial festivities, along with British Airways’ recent announcement to offer direct flights. The city has another pipeline to Europe, and a reason for those travelers to come. “That’s tremendously positive,” he says. 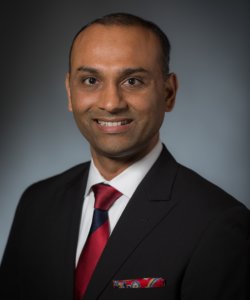 Koka brings a unique perspective to local tourism. Originally from India, he moved to Miami in 2000 to attend Florida International University, where he earned a hospitality management degree. He began his career with Loews hotels in Miami Beach and Atlanta before taking over the New Orleans location in 2015.

Like other New Orleans transplants, he admits it didn’t take long to fall in love with the food, the culture and the people. But what truly sets the city apart, Koka says, is that “we have hospitality in our DNA.”

“The residents have it, the festivals have it. It’s built into every element of how the city functions, and how the people function.” That promises to be an important ingredient in the city’s economic gumbo moving forward, Koka says.

Since settling in, he’s noticed the local biomedical and high-tech sectors, especially the burgeoning startup community. These industries are growing, and they promise to improve our economic diversity, Koka says, which ultimately stands to benefit other industries, including tourism and hospitality.

The challenge, in his view, is finding the next generation of hospitality talent.

“There’s just not enough people to hire,” he says. “We need young people who want to come in and want to take my job one day.”

His advice for them is simple: Get your foot in the door. Find a job, and don’t worry about the title on your nametag.

“Once you’re in, the opportunities open up. You can talk to different directors and managers. Their stories will tell you a fascinating truth about our industry. They all started in an hourly position, and they all mapped out their own path. Keep knocking on doors, and saying, ‘I want to be supervisor. I want to do what you do,’” Koka says.

“You’ll find a mentor or coach because somebody else mentored those people and helped them figure out how to get where they are. The most important thing is to show the attitude and desire to grow.”

And while the industry offers numerous careers, Koka points out that nearly every one of those millions of visits every year begins with a hotel room.

“New Orleans will always be warm, welcoming and hospitable,” he says.