New Orleans’ economy grows stronger every day, and one big reason is that our largest industry of tourism is flourishing. Last year, visitors to New Orleans spent $6 billion dollars, an all-time high for us. When we see success in the tourism industry, it’s important to understand that that translates into a stronger economy on the whole – not just for people and businesses who are directly related to the tourism industry, but for all of us; if you think tourism has nothing to do with you, think again.

The Path Of A New Orleans Tourism Dollar

Let’s say a couple, Anniversary Jack and Jill, is celebrating their anniversary and they’ve come to New Orleans for a romantic getaway. They dine and drink and dance, and then Anniversary Jack surprises Jill with a dreamy carriage ride through the French Quarter to bring even more magic into their anniversary evening. Jill is over the moon, as she has always dreamed of doing this, and the evening marks their best anniversary yet. Anniversary Jack and Jill pay for the horse-drawn ride, tip Driver Devon, and continue on their lovey-dovey way. The have just provided revenue for the carriage company, as well as income for Driver Devon, but they’ve also done so much more. The impact that their tourism dollars make on the New Orleans economy is so much bigger than the point of sale. 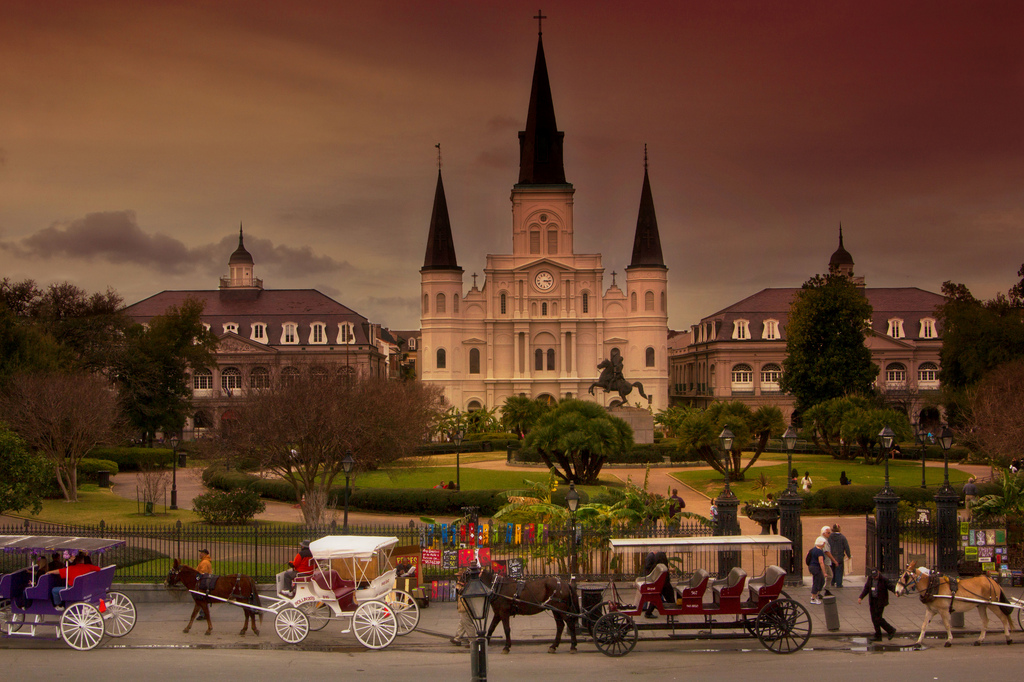 Because the owner and employees of the carriage company, including Driver Devon make their money from tourists like Anniversary Jack and Jill, they are able to spend their hard-earned paychecks throughout New Orleans, further fueling our city’s economic success. They can buy holiday gifts from our local shops and boutiques, and Driver Devon can get his hair cut at a local salon before a friend’s holiday party because of the income provided by the many tourists that come to New Orleans. From there, Stylist Shelly at the salon uses her income from Driver Devon and further contributes to New Orleans’ economy — and the cycle continues.

It’s important that our #1 industry thrives, because each aspect of our economic infrastructure is important; every piece of the machine is needed to make it all work. So next time you notice a tourist looking a little lost, point them in the right direction, not only because it’s the New Orleanian thing to do, but also because each tourist you see contributes to the livelihood of us all.