New Orleans has long been a tourist destination for its music, arts, culture, and food, but now there’s yet another pastime drawing visitors – and major dollars – into the city: film. 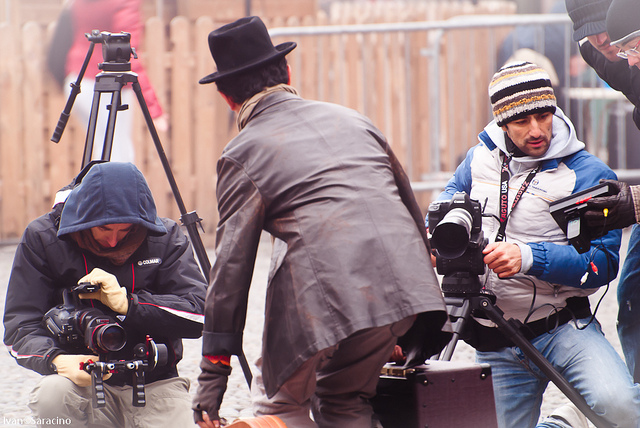 Everything from period dramas to contemporary pieces have been filmed in Louisiana. (Photo courtesy Ivan Saracino on Flickr)

Dubbed “Hollywood South,” New Orleans is home to a seemingly never-ending list of big-budget productions. At this year’s Academy Awards, four of the six big awards went to films shot in Louisiana, including most notably “12 Years a Slave” and “Dallas Buyer’s Club.”

Television shows, too, have chosen to film in Louisiana, whether “Top Chef: New Orleans” or “American Horror Story: Freak Show.”

The latter represents another reason why Louisiana is such a prime candidate for film. The versatile geography of the state can transform itself into several roles. In “American Horror Story,” Louisiana serves as Jupiter, Florida. Elsewhere on film, Louisiana has subbed for Utah, Texas, Colorado, and even London.

Most exciting is a report out last year, concluding that the Louisiana film industry overtook California for the title of “film-production capital of the world.” Considering this impressive title, it comes as no surprise that this bustling business brings in lots of money for the state and the city of New Orleans. As always, tourism is part of that equation.

Websites such as “On Location Vacations” cater to tourists looking to plan vacations in cities where filming is common. New Orleans is one of those cities, and an especially popular one because of its ability to extend beyond just catching a glimpse of a famous actor. New Orleans offers visitors an array of historic sites, world-class museums, vibrant festivals, and more to hold their attention.

As locals, we can all enjoy the boost the film industry brings to the city. Whether seeing a celebrity in person or understanding the impact of on-location filming from an economic perspective, locals and tourists alike can experience a taste of the Los Angeles lifestyle in “Hollywood South.”