A new bill has been introduced in the Louisiana House of Representatives that could be detrimental to the incredible growth and revitalization New Orleans has experienced in the past few years. Right as our city finds itself in the middle of a beautiful renaissance, HB 1083, if passed, would greatly and negatively affect our number one industry of tourism. To compensate for certain debts that the city of New Orleans is responsible for, HB 1083 would authorize the city to levy a significant additional hotel tax. Taxing out-of-towners to pay the city’s debts may sound like an appealing fix, but this bill will only hurt us in the long run.

New Orleans’ economy depends on tourism. If this hotel tax were to be levied, New Orleans’ hotel rates would be the second highest in the country behind New York City. This would result in a very real and measurable decrease in not only tourists in our city, whose spending totals $6 billion in a year, but also a significant loss in corporate business, which has an annual impact of $300 million on our city.

New Orleans has been able to stay competitive in bringing in visitors and corporate business because we are not only an incredibly desirable destination, but also an affordable one. HB 1083 would make New Orleans 50% more expensive than Las Vegas and Orlando, both of which have a great deal more to spend than New Orleans on tourism marketing; desirable or not, visitors and conventions weigh cost very heavily in their destination decisions. With a blow like this hotel tax hike, New Orleans would be unable to remain competitive. Many of our new restaurants would have to close, our musicians would have fewer gigs, and many of our other rich cultural assets like our museums and attractions would be hit hard with a decline in visitors, costing us jobs that our citizens need.

If we were to see a reversal in the steady growth of our tourism industry, which will most certainly be the effect of this bill, New Orleans would have millions less in tax revenue to run the city, resulting in a loss of at least 3,000 current jobs and 4,000 more that are in development, not to mention the very real potential we would have fewer police offers and slower emergency response times.

Instead of using hotel taxes wisely and efficiently to use out-of towner spending to foster and fuel prosperity for New Orleans through something like the hotel assessment, which would grow our invaluable tourism industry and bring infrastructure improvements to the French Quarter, the hotel tax authorized by HB 1083 would halt and reverse the success of the number one source of fuel to our economy to pay for a small fraction of the city’s debt problems without finding a viable and complete solution to pay the huge amounts of money needed annually. 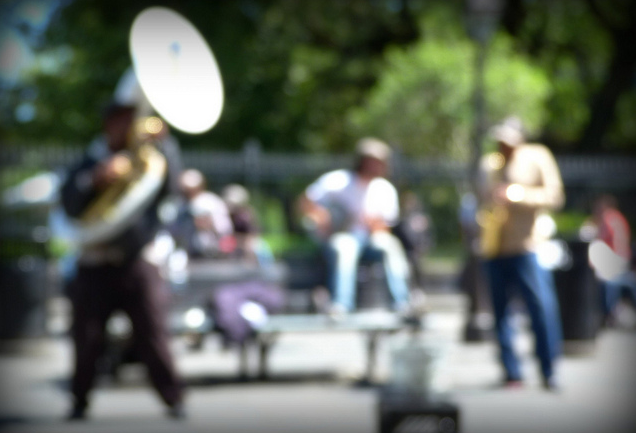 If HB 1083 is passed, New Orleans’ future will become unclear. (photo from kristenlea71 on Flickr)

In short, the hotel tax authorized by HB 1083 would cost jobs, cost revenue and reduce city services. When all is said and done, it comes down to this question: do you want to see our city continue to grow a strong foundation rather than see our significant forward progress reversed?

If the answer is yes, then contact these legislators NOW by phone and email and demand that they vote NO on HB 1083. These state representatives need to hear our voices in opposition to this bill.

Committee representatives can be reached at:

Follow up your call with your written opposition. For ease in emailing, go to neworleanswill.com/petition to send an automatic email to the representatives on your behalf.