With the weather getting more beautiful as each day passes, we all get a little pep in our step knowing that festival season is upon us. New Orleans is known across the country for having some of the best festivals all year. We are proud to have a fest for just about everything. 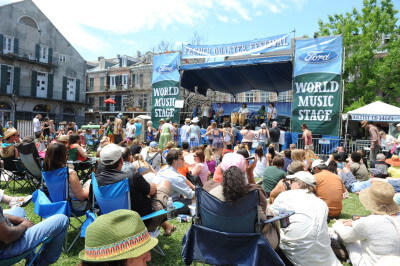 One of many neighborhood stages at French Quarter Festival, bringing in locals and tourists to enjoy some of the best music in the region. (Photo: Paul Broussard)

On April 7-10, New Orleanians and tourists alike will be enjoying French Quarter Festival, one of the largest free music festivals in the country. With so many local artists taking the stage to play to ever-growing audiences, and the best New Orleans food ready to eat at stations throughout the Quarter, it’s no wonder why French Quarter Fest is a local favorite. It’s a celebration of two of the things we cherish the most in our city — great music and food. And it’s free!

As New Orleans grows and gets stronger, our festivals attract more and more out-of-towners. A big reason that festivals, especially a free one like French Quarter Fest, are able to thrive the way that they do is because of tourism. The money spent on food, drinks, tickets, and merchandise helps to keep our festivals going strong. We are able to give our talented local artists large audiences to perform in front of because visitors are attracted to our city. The more people who take part in our valuable festival culture, the better each festival will be moving forward. And festivals that draw a large out-of-town crowd also draw valuable tourism dollars for our local economy. In fact, according to a survey conducted by The University of New Orleans Hospitality Research Center, 2014 French Quarter Festival generated a total economic impact of more than $251.4 million, including $122.8 million in direct spending and $128.6 million in secondary spending in 2014. The numbers for subsequent years are destined to be even larger. 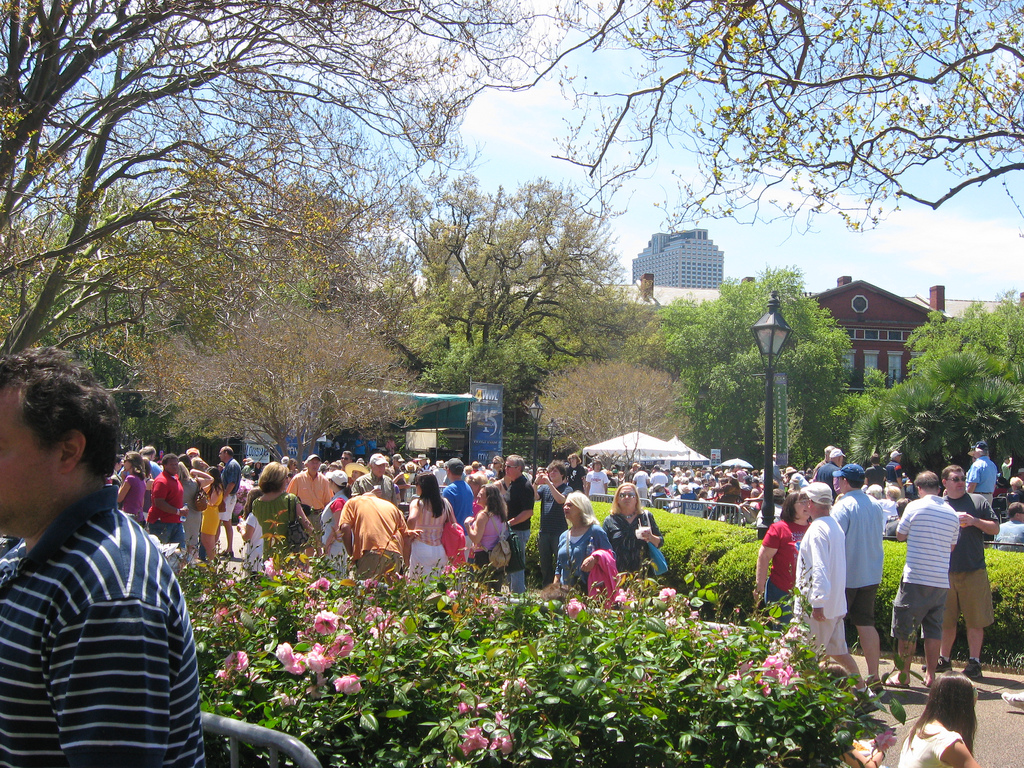 The French Quarter is, of course, first and foremost a neighborhood, and New Orleans residents and businesses are sharing that beautiful neighborhood with the world during during French Quarter Fest. Tourist spending benefits us in so many ways. As we delve into and enjoy festival season, and French Quarter Fest this weekend, we can appreciate that much of the success, continuation, and even expansion and improvement of our beloved festivals count on attendance from tourists.

So get out there and soak up the beautiful weather and our beautiful French Quarter to the sounds and smells of the best music and food in New Orleans. And while you mingle with the festival fans, remember how valuable each out-of-towner is to our city.