Spread across 18 venues throughout the city, Prospect.3 is a treasure hunt teeming with amazing contemporary art in every corner of New Orleans. With sister programs like P.3+ highlighting smaller venues, visitors to the biennial can seek out budding artists to see a different side of the event.

Local galleries provide an authentic New Orleans experience, but major museums are at the forefront of Prospect.3. Check out highlights and history of three of the most anticipated Prospect.3 venues below.

A beacon within City Park, the New Orleans Museum of Art has undergone several multi-million dollar expansions since its start in 1911 in a successful effort to keep it among the premier art museums in the country. In addition to its permanent collection of more than 40,000 pieces and its adjoining sculpture garden, NOMA will house Prospect.3 works from Lebanese artist Huguette Caland, painter Jeffrey Gibson, and more. Locals and tourists can also view world-famous works from Paul Gauguin as part of the biennial and, in a concurrent exhibit, the famous “Little Dancer” sculpture from Edward Degas. 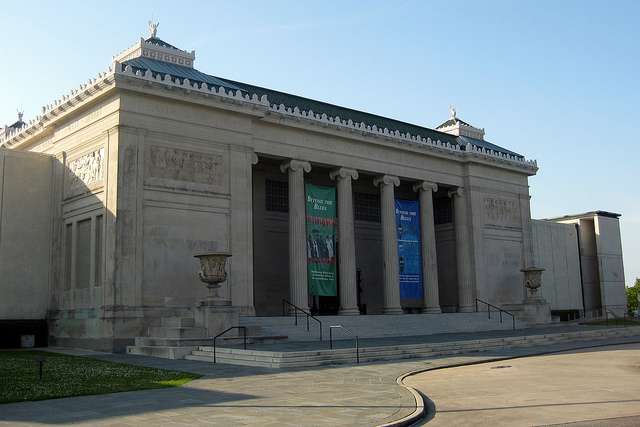 The New Orleans Museum of Art is one of several major museums hosting Prospect.3. (Photo courtesy Wally Gobetz on Flickr)

The Ogden Museum of Southern Art:

More centrally located, the Ogden is a prime stopping point for tourists, considering its proximity to downtown and other museums like the National World War II museum. With an emphasis on Southern artists and themes, the Ogden, celebrating its 11th year in operation, will feature local artists Keith Calhoun and Chandra McCormick during Prospect.3. Additionally, the anticipated “Basquiat and the Bayou” exhibit will also appear at the Ogden.

The Contemporary Arts Center is just a quick jaunt from the Ogden, allowing Prospect.3 visitors to check out exhibits at both venues easily.  The CAC will feature work from more than 20 artists within the biennial, holding true to its 1976 founding mission of being a multidisciplinary space that showcases mediums like painting, theater, photography, performance art, and video.

New Orleans proves tourism is a powerful tool. The plethora of incredible museums within just a few square miles – not to mention an international biennial – are all due in part to the arrival of visitors from all over the world.