The French Quarter is one of our city’s biggest assets, so keeping it safe for residents and visitors is of the utmost priority. The NOLA Patrol pilot program marks an exciting new step for our community. The program, based on successful initiatives like the civilian NYPD Traffic Enforcement Agents, aims to equip civilian patrol with the skillset needed to facilitate safety in the French Quarter. 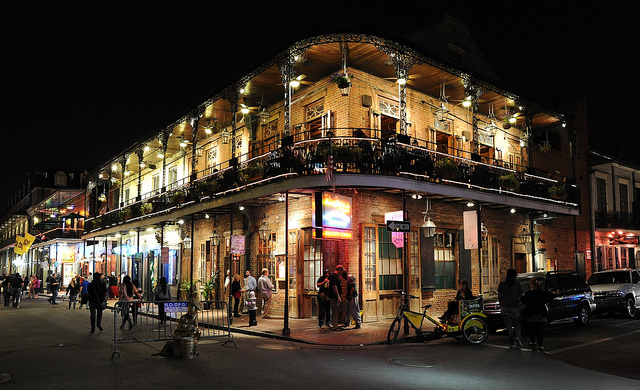 NOLA Patrol officers will work in conjunction with sworn New Orleans Police officers, but can be distinguished easily from NOPD. NOLA Patrol members will wear unique uniforms and drive specially marked vehicles, but they will not be armed. By tasking these special officers with handling traffic control, quality-of-life violations, and non-emergency tasks, the city can maximize its police resources to focus on emergencies and improve response times.

After examining the success and benefits of the program in the Quarter, the city may choose to expand the program and station NOLA Patrol officers in other neighborhoods. As city lawmakers continue to iron out the details of this groundbreaking program, let’s take a look at some recent updates for NOLA Patrol:

The New Orleans Convention and Visitors Bureau raised about $3 million for the French Quarter through taxes that the hotel industry pays to the city. Tourism dollars have directly contributed to this new program, and the money will go elsewhere, too: NOLA Patrol will receive about $700,000 to start the program, and the rest of the funds (about $2.3 million) will go directly to the Quarter itself.

Dollars from the hotel assessment will continue to be piped to NOLA Patrol and the French Quarter for years to come. From repairing sidewalks to making infrastructure improvements like refurbishing historic lighting, these funds will enhance the neighborhood and create a strong foundation for the success of NOLA Patrol.

While the civilian NOLA Patrol plan has already cleared City Council, its exact details are still in flux. For example, NOLA Patrol members may drive provided cars, or the city may opt for vehicles like Segways or bikes. In addition to civilian NOLA Patrol members, the Mayoral administration and the NOPD have also agreed to creating a new detail of four police offers to safeguard Bourbon Street, with another four being added in the future. Funds for these officers would come from the NOLA Patrol budget, according to Eric Granderson, the chief lobbyist for Mayor Landrieu.

Additionally, the full extent of NOLA Patrol’s duties remains in discussion. They will not handle emergencies or zoning violations, but their specific list of duties is still in the works.  We as New Orleans residents have a responsibility to keep our city safe for locals and visitors alike. The NOLA Patrol program empowers interested citizens to take direct action and participate in an innovative program.