The seventh season of NOLAForLife Midnight basketball wrapped up earlier this month, finishing an eight-week run of providing safe recreational activities for male youth ages 16 and older who live in high-risk neighborhoods. The program, a partnership between the city, the New Orleans Pelicans, and PlayNOLA focuses not only on providing a safe venue for basketball, but also mentorship and support. 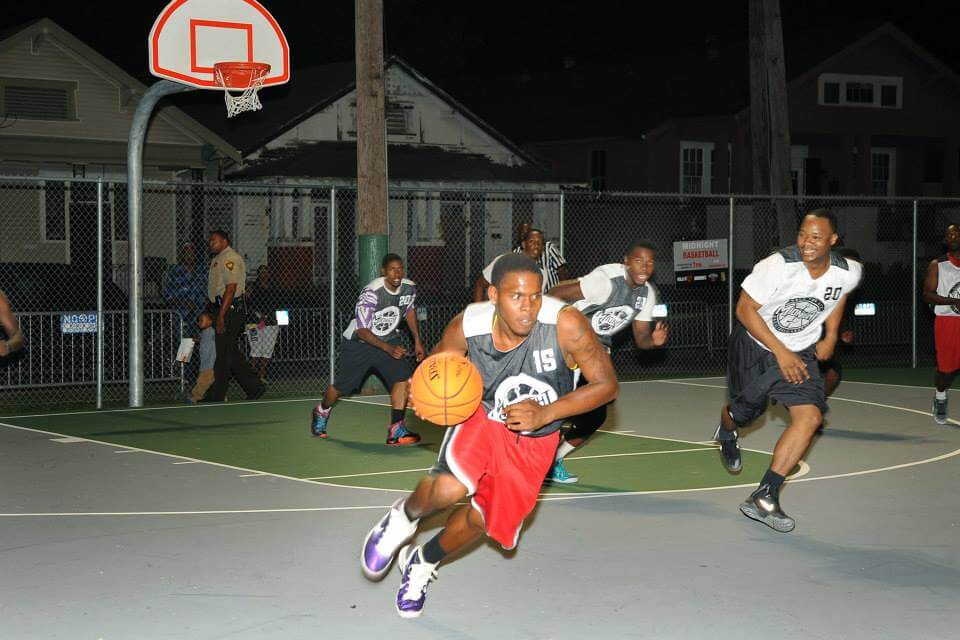 “We are creating endless possibilities and opening pathways to help change the lives of our young men for the better,” said Mayor Mitch Landrieu in a press release at the start of the season. By providing healthy activities on Saturday nights (regular tournament play for season seven took place from 8:00 p.m. until 12:00 a.m.), organizers tapped into an important statistic: empirical studies show that midnight basketball programs can lower city-level crime rates.

“Be Phenomenal” was the theme for season seven – not just in terms of athletic ability, but also in terms of academic goals and personal achievement. The launch event on Oct. 18 featured speakers like Pelicans head coach Monty Williams and NOPD Superintendent Michael Harrison, both of whom discussed the importance of being responsible and accountable. The tournaments are styled after NCAA games and encourage healthy lifestyles.

Each week, all members of the winning team received two tickets to a Pelicans home game. At the end of the season, the team that won the most tournaments received a $1,000 grand prize and a championship package from Nike. Although Midnight Basketball has only been in New Orleans since 2012, the program has seen tremendous successes.

In March, city officials estimated that the program has helped more than 5,000 participants while also addressing crime prevention. Midnight Basketball’s eighth season will start in the spring, giving youth the chance to participate in a potentially life-changing program for their overall health, safety, and positive sense of self.