The recent influx of accolades for New Orleans has us all saying, “Aw, shucks.” We know we’re lucky to live in such an influential city – at the forefront of arts, culture, and economic growth – and it’s extra fulfilling when we get recognition for our efforts. Check out a few recent accolades our state and city have received, each a result of hardworking New Orleanians who cater equally to locals and visitors from all over the world to boost our economy by providing unforgettable meals, exhibits, and experiences.

Chefs and restaurateurs can work their whole lives without so much as a James Beard nomination, but New Orleans knows food and has the 2014 James Beard Awards to prove it. Peche in the CBD earned serious accolades, taking home not only the award for Best Chef in the South (Ryan Prewitt) but also the award for Best New Restaurant. Chef Sue Zemanick from Gautreau’s also nabbed a Best Chef in the South Award. 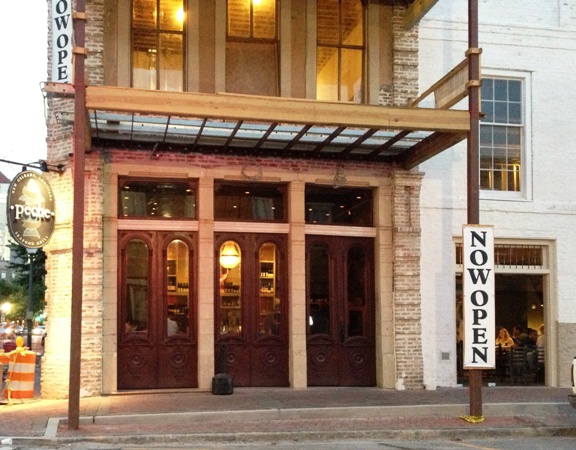 Open for just over a year, Peche has already received recognition from the James Beard Foundation for best regional chef and best new restaurant. (Photo courtesy Ron W on Flickr)

Even traditional New Orleans creations like sno-balls took home a James Beard Award in the America’s Classics category. John Besh, who continues to draw visitors to the city with his growing list of restaurants – most recently Johnny Sanchez – was named a Who’s Who of Food & Beverage in America.

This year, Louisiana officially overtook California as the film production capital of the world. While not an official award, the designation represents a huge success for the state and its booming film industry. The Academy Awards also honored the city and state by way of four of its six big awards. Awards like “Best Picture” and “Best Supporting Actress” went to films shot in Louisiana, including “Dallas Buyer’s Club” and “12 Years a Slave.”

Due in large part to our unique arts and culture, New Orleans in particular received the honor of “America’s Favorite City” for festivals from Travel + Leisure, coming in second and third for the music and architecture categories, respectively.

Beyond food, arts, and culture, the greater New Orleans area has garnered recognition for its welcoming attitude toward entrepreneurs and young professionals. Named “America’s Biggest Brain Magnet” by Forbes magazine, the city shows a wellspring of potential for future accomplishments. Young, aspiring professionals can parlay their talents into the tourism industry, helping to strengthen this city even more.