Mardi Gras has come and gone, and New Orleanians and visitors alike are left smiling, reflecting on the past few weeks. We all experienced that ineffable feeling that hangs in the air during Mardi Gras; it’s no wonder that so many people come to experience the sights, sounds and the spirit that we create here during Carnival. 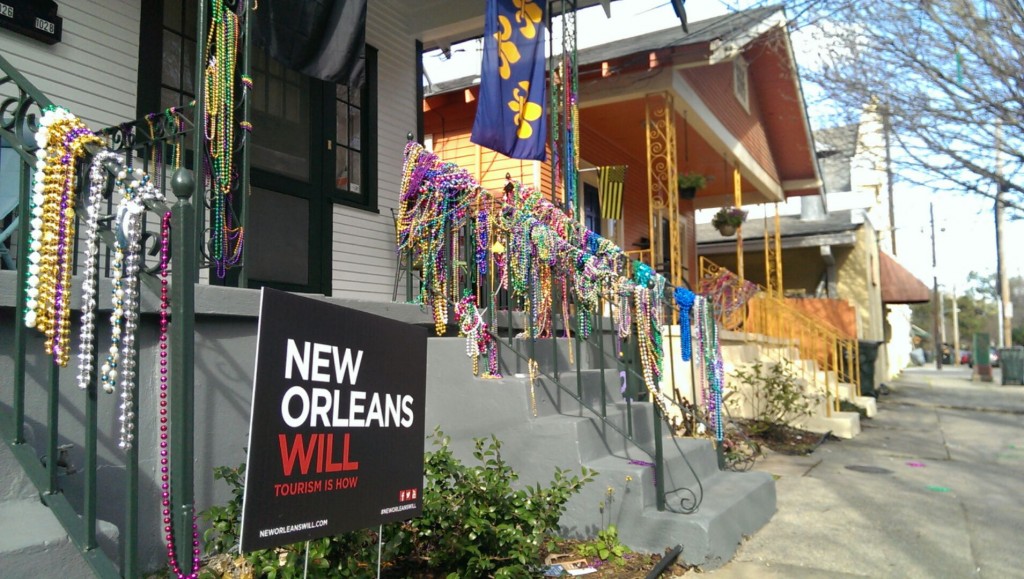 New Orleanians showing their support around town during Mardi Gras!

After so much Mardi Gras fun, we can’t help but think back to the moments when we gathered with friends, begged for beads and danced to the beat of the marching bands. Mardi Gras is important to our city for so many reasons. The uninhibited celebrating connects us; the huge effort it takes to not only put on a multi-day party like that, but to unanimously believe in it, as well, unites us.

But there is another factor that is equally important to us as New Orleanians: the fuel that Mardi Gras brings in to our economy through tourism is deeply important to the strengthening of our city. When you were picking up a king cake or buying Bloody Marys, the tourist next to you who was doing the same was one of many who contributed to hundreds of millions of dollars in Mardi Gras spending.

Our improvements, particularly those in areas of safety, are another way we have strengthened our city during Mardi Gras. Whether through incremental taxes that assist with safety in the French Quarter or the tireless efforts of the New Orleans Police Department during parades, Mardi Gras allows us to enjoy ourselves in a safe and welcoming environment for everyone.

As New Orleans citizens, we have a unique opportunity to not only revel in our one-of-a-kind culture, but also benefit from it economically. Keeping that in mind as we look back on our Mardi Gras celebrations can make the memories all the more rich. The colorful, musical, magical time that is Mardi Gras not only serves to fuel our souls, but also fuel our economy. The last parade has rolled, and the glitter is gone for awhile, but we have walked away charged and ready to take on the year, and take care of the city that brings us so much joy and possibility.