While there are many modes of transportation shuttling in visitors (Megabus recently added new routes to and from New Orleans, for example), flying through Louis Armstrong International Airport presents the quickest option for those traveling from far distances. Case in point? Condor Airlines, a German airline offering nonstop service between New Orleans and Frankfurt, marking the first direct flight to Europe since the 1980s! Learn more about Condor below, in addition to other pertinent airport news. 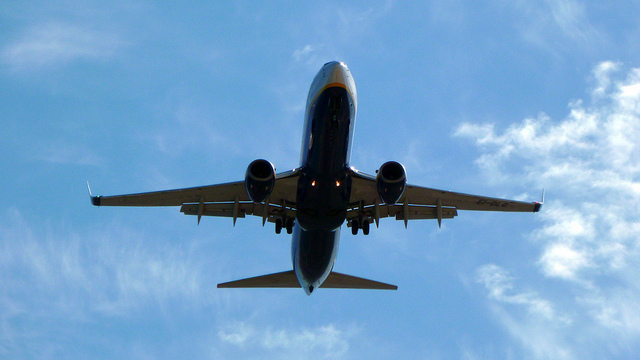 At Louis Armstrong International airport, continued improvements are in the works. (Photo courtesy xlibber on Flickr.)

If you were ever thinking about taking that trip to Europe, there is good news. Condor Airlines, a premier German airline, will offer seasonal nonstop services to Frankfurt, Germany from New Orleans. The best part is that from Frankfurt, visitors will have more than 120 connections at their fingertips to travel throughout Europe and the entire world.

“We are ecstatic to welcome Condor, the first transatlantic flight from New Orleans in decades,” says Mayor Mitch Landrieu. “Traveling from Europe to New Orleans and likewise from New Orleans abroad will be much more convenient and efficient,” Landrieu adds, noting that it’s yet another significant milestone as we gear up for New Orleans’ tricentennial in 2018.

Condor will operate a Boeing 767-300ER equipped with reclining seats and in-flight entertainment at each of the aircraft’s 259 seats. Passengers will receive a complimentary welcome drink, not to mention dinner and breakfast, a commemorative bag, and the usual hot and cold beverages.

Getting away is getting easier at Armstrong Airport. All sorts of new flights have been added to the schedule, with even more slated to take effect. Southwest now offers non-stop flights to San Diego and San Antonio, and Allegiant Airlines has added flights to St. Pete-Clearwater and Tulsa for nonstop service to a total of 52 routes. Another newcomer to the airport is GLO Airlines, started by a local New Orleanian and offering service regionally to cities like Destin. Spirit Airlines expanded operations to include service to Houston and Fort Lauderdale.

With Condor Airlines, coming in 2017, New Orleans airport will have 5 international flights available. These cities include Panama, Punta Cana, Toronto, Cancun, and Frankfurt. This development corresponds nicely with summer travel, and underscores Armstrong Airport’s presence as an international airport.

Last year, Mayor Mitch Landrieu presented his ambitious plan for even more expansion. The proposed $826 million development proposal aims to build a new terminal as a response to the influx of passengers at the airport with features, such as two concourses with 30 gates, a consolidated checkpoint, seamless connections between concourses and 2,000 parking garage spaces. Development also includes a new power station, a ramp on I-10 that provides direct access to the new terminal, and an on-site hotel. With 2018 as a targeted completion date (lining up with the city’s 300th anniversary), the proposed project will address increased air traffic that will open more opportunities to add even more direct flights from the city.