New Orleans continues to be a top destination for sporting events, earning awards and nominations for excellence from many different publications and travel organizations. Whether it’s for throwing a spectacular Super Bowl or putting on an amazing Rose Bowl, New Orleans has what it takes to bring professional sports to a new level of entertainment, and we have the awards to prove it.

Another Trophy on the Wall

One of the most recent awards we received was the 2013 World Travel Award for “Excellence in Sports Tourism.” While other cities such as New York, Toronto, Chicago, and San Francisco were all nominated, New Orleans was the city that ended up walking away with this top honor, underlining why New Orleans is and will continue to be the best city for visitors interested in sports.

The reasons why New Orleans won the award are clear. Between 2012 and 2013, New Orleans put on a number of sporting events that drew acclaim from visitors around the world, including the NCAA Men’s Basketball Final Four in 2012, the annual Allstate Sugar Bowl in 2013, the Allstate BCS National Football Championship in 2012, and of course Super Bowl XLVII, which was arguably one of the best and most watched Super Bowls in history. 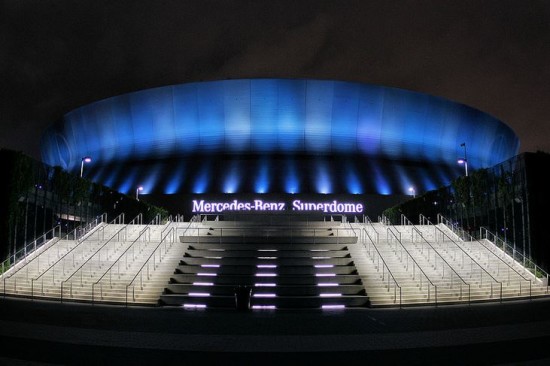 Further Success on the Horizon

New Orleans has also recently been nominated by USA Today’s Readers’ Choice Travel Awards for Best City for Sports, pointing to our wide selection of world-class teams and diehard fans, all of which helps separate New Orleans from the rest.

New Orleans continues to improve its sporting experience by investing millions in our stadiums, our infrastructure, and into beautification projects, meaning that our city has never looked better for fans and visitors. Places like the Mercedes-Benz Superdome are nationally recognized as one of the best stadiums to play football in, while our NBA court packs enough energy to keep fans pumped long after the game is over.

Visitors not only enjoy our sporting events, but also the hotels, restaurants, and nightlife that helps New Orleans win plenty of other tourism awards, such as when New Orleans was named one of the World’s Best Cities by Travel + Leisure readers in 2014 or when New Orleans made it onto the prestigious Top 10 Cities in the United States Readers’ Choice Awards in Condé Nast Traveler.

Already, 2014 has shaped up to be another top year for New Orleans, with our city already successfully hosting major events such as WWE’s 30th Annual WrestleMania and the NBA All-Star Weekend. Our continued dedication to showing visitors and sports fans the best in what sporting has to offer is why we expect many more awards to come our way in the future.