Everyone deserves a second chance in life. A chance to do things you wish you would have done from the beginning. A chance to right any wrongs that were made along the way. Second chances are what every person must have in order to grow. Wayne is a real-life example of a man who got his second chance. And, after years of hardship, the local line cook is now living a life he could only dream of. 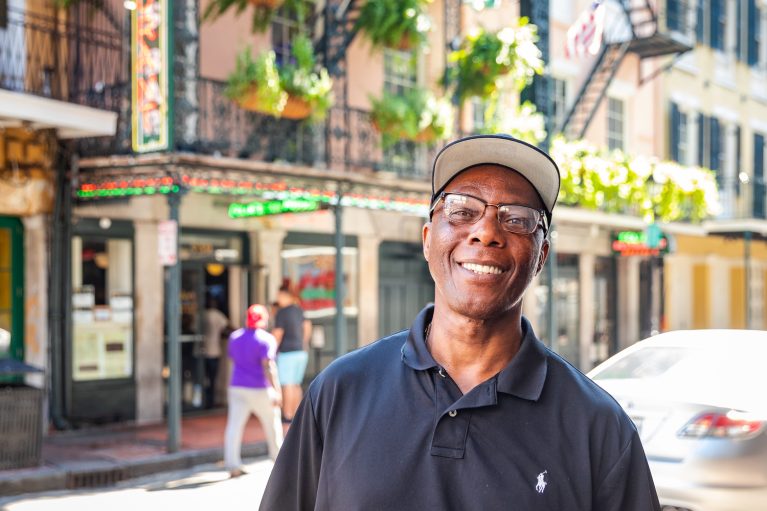 Wayne was raised in a single-parent home in a small North Louisiana town called Gibsland. Farm land, crops, friends and family – these are the things that kept residents occupied. As a young man, Wayne always kept busy by finding jobs with his neighborhood’s youth corps or joining youth programs at Grambling College (now Grambling University).

In the summer of 1974, Wayne found himself hanging with the wrong crowd and getting caught up in situations he knew were no good. This led to him being sentenced to prison as a young 17 year-old kid.

“I was just a young country boy, so going off to prison was a whole new world for me. I got there and I was devastated. Being away from home, not knowing anybody…and at that time, you really had to be careful as to who you associated with and what activities you engaged with in prison. It was a really terrible environment for a young kid, and I found myself developing a rebellious attitude. Early on, I found myself in and out, in and out of trouble with other inmates and with the guards.”

An End of Millenium Turning Point

“Eventually, around 1999, I decided to make a change in my life. I did a self-examination of myself and decided that I needed to change my actions and my attitude if I was ever going to find contentment with my life, or maybe get out of prison. That’s when I started to attend a lot of the programming offered to inmates.”

It was at this moment that Wayne decided to take a baking class. Through the experience of taking this class, the instructor (who went by the nickname of Chief) took an interest in Wayne. Chief gave Wayne an opportunity that would alter his life for good.

“He told me that if I came and worked for him in the kitchen for six months, he’d help get me into culinary school. I thought to myself, ‘Wow, that’s a pretty good deal right there.’ I knew that if I was ever released from prison, it would be extra important to have a skillset upon leaving.

One thing I always say is: people eat everyday, and they build everyday. So I knew that cooking was the right skill to have.” 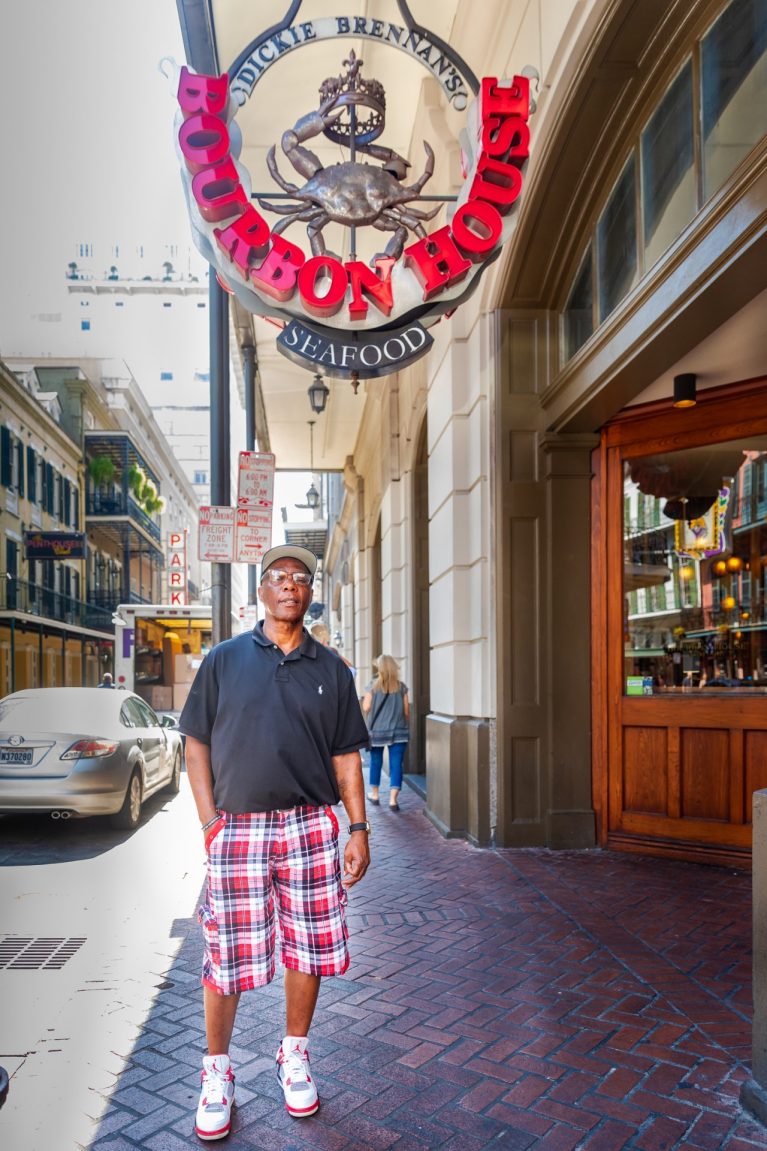 Wayne wound up taking an 18-month culinary course through a technical college, and over time, he worked his way to receiving a degree in culinary arts.

“Even once I finished schooling, I continued working with Chief, and brought other inmates to his kitchen to receive mentorship from someone who wanted to see them do better.

I used to do a lot of banquets, through a work program that I was in – cooking and prepping foods. That’s when I first really started dealing with people on the outside world. I would get compliments on how well they enjoyed the food, and I found that heartwarming. Those compliments were like a source of encouragement that inspired me to go back into the kitchen each day and improve even more.”

“It wasn’t until 2018 that I was able to be granted parole and released from prison, thanks in large part to gaining a skill that I was passionate about and to reigniting my spirituality. I was able to start stripping off my old personality. I got re-baptized. No longer was I influenced by the older guys around me. And it took great help from mentors and great consistency on my part to get to this place.”

Wayne decided that once he was granted parole, he wasn’t going back to Gibsland. He wanted a completely fresh start. He had a friend in Norris Henderson (founder of VOTE). So he gave Henderson a call and told him about his plan, but how he needed help executing his plan. Henderson told Wayne to grab a pen and paper, and to write down an address (which turned out to be the VOTE offices in New Orleans). 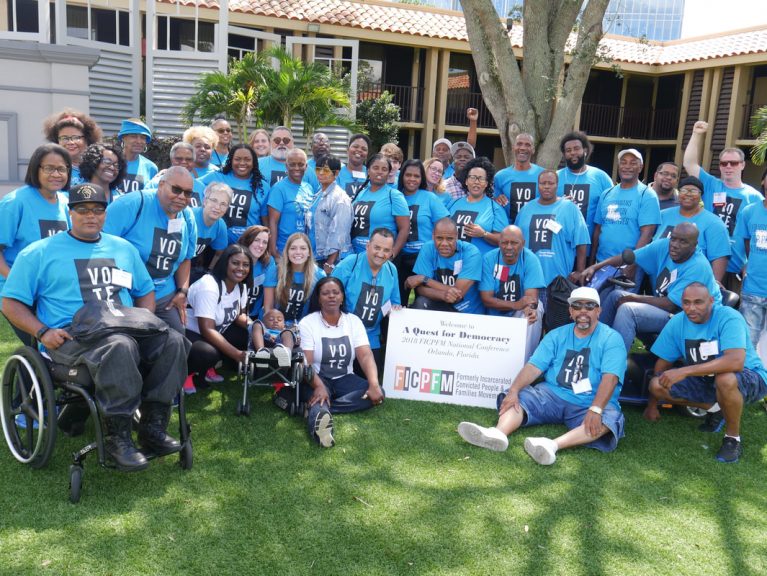 “Coming to the city of New Orleans was a blessing for me. I haven’t met a large amount of people here. But the people that I have met have really become a great part of my life and have helped me tremendously with my transition.”

I started learning different things about this new world from the amazing people in my life, like Ben Smith (Executive Director at The First 72+). He would pick me up every morning at 7 AM on the dot, and just help to teach me about the world we live in now. The more I learned, the more comfortable I got with being able to survive on my own. It was a process, and it was scary, but I overcame it all.”

The First 72 provides education, stable and secure housing & employment, health care, and community engagement to those returning home from prison. 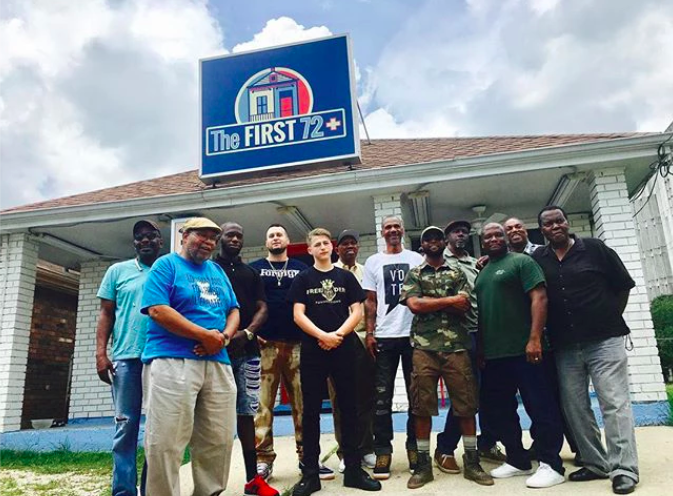 The First 72 provides education, stable and secure housing & employment, health care, and community engagement to those returning home from prison.

“I had another good friend in Blair Boutte (political consultant & First 72 board member) who used to come by The First 72 talk to me every now and then. I remember one night in particular –– it was Fish Friday –– he came by and asked me if I was working. I told him no, and so he made a phone call to a friend who had connections in the hospitality industry. He told her about how I’ve been to culinary school and was looking for work, and that’s all it took! She told Blair to have me make a resume and send it to her, and she would see what she could do.

I put together a resume, got it back to Blair, Blair got it back to his friend, and the next week, I had two job interviews, one at a big downtown hotel, and one with a Dickie Brennan’s restaurant in the French Quarter. I was able to use everything I had learned from people like Chief and Norris and Blair, and I was able to get both of those jobs.”

Ever since his two job interviews, Wayne has been a working man in the hospitality industry at both companies! He credits the two culinary jobs as being transformational shifts in his life. 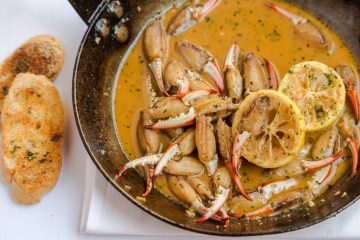 “I love my career now because I’m able to learn from some of the best chefs in the world. And I’m able to learn how to cook for a wide variety of cultures and age groups. The chefs I’m working with now truly care about their employees. They want to see us grow as cooks and as aspiring chefs.”

Wayne plans to see how much he can grow in his position over the next decade or two before thinking about retirement.

Hard work, consistency, a willingness to change and finding a passion are keys to success in life, no matter where life has taken you. Wayne is a true testament to this, and a true testament as to why New Orleans’ hospitality and tourism industry is one of the top industries in our state.